A humble crown: The Dalai Lama’s passion for watches

Published on 24 January 2017 by Les Rhabilleurs
The True Story

Hear ye hear ye, announcement to those who still think that Rolex is synonymous to the bling-bling and the power held by the high-rollers of this world… Wrong, sorry.  I’ll avoid shouting out from the mountain tops how Rolex watches (I’m not referring to diamond-set pieces or leopard-print cases made at the request of certain affluent clients with questionable tastes) exemplify, above all, the highest degree of performance, clarity, reliability, and precision that the world has ever known. 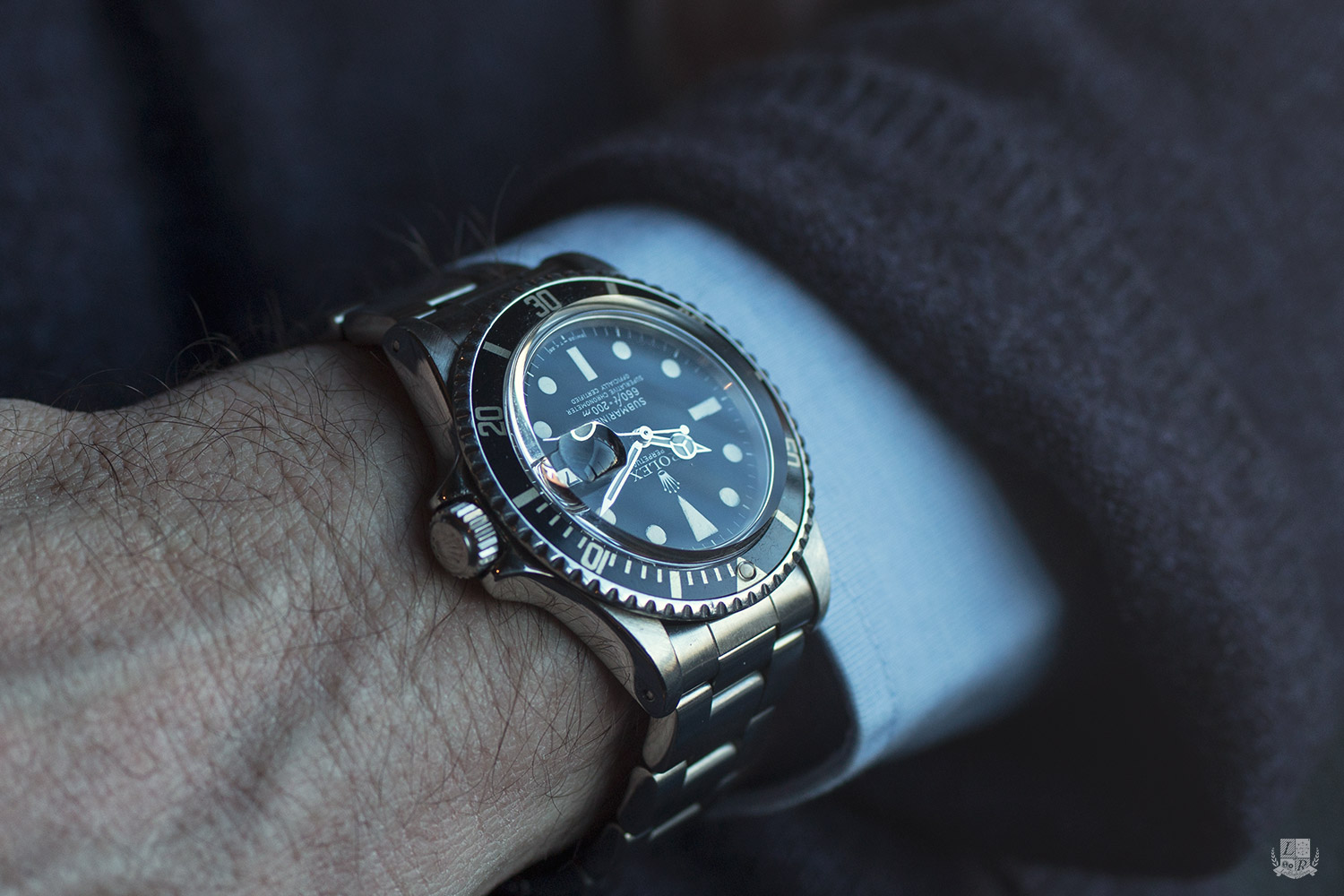 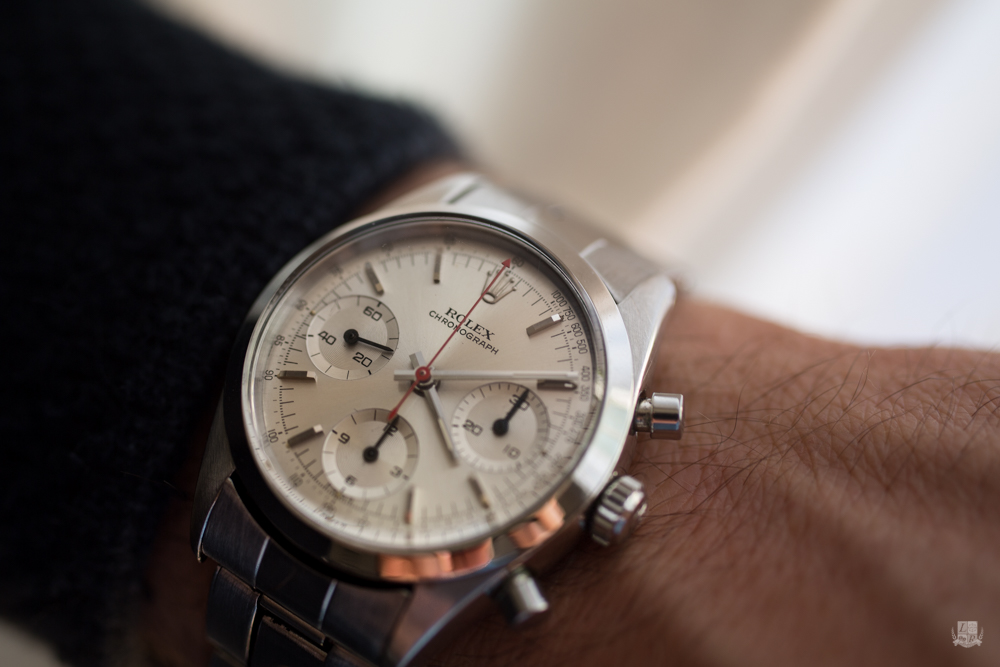 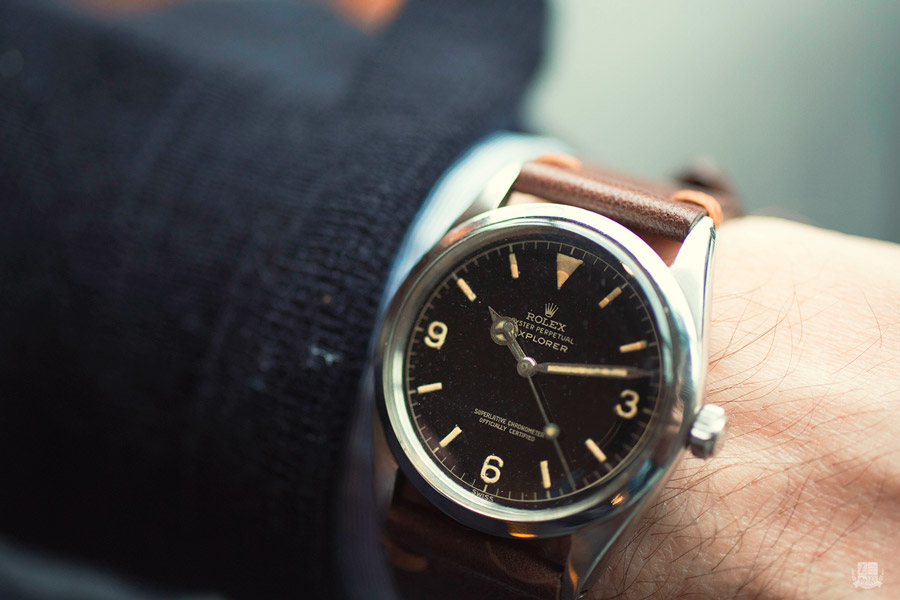 Sport watches that last a lifetime, and everyday timepieces to be worn anywhere, anytime.  I’ll go so far as to say that their pricing is quite reasonable considering the unfaltering quality that resists intensive and prolonged use.  All to an appropriate degree of course.

I stand before you today to talk about a man, a Very Important Person certainly, but most of all a spiritual leader known for his humble manner and peaceful actions to preserve the cultural and spiritual heritage of his people, threatened by annihilation.  I’m of course speaking of Tenzin Gyatso, the 14th Dalai Lama, not in a political context because we’re not here for that, but in the context of crowned timepieces.  Nothing bling-bling here. Let us put the spiritual leader part aside for just a moment and direct our attention to the heart of the subject.  First we will need to understand the man’s early passion for mechanics, and precision mechanics in particular.  When he wasn’t studying texts or in deep meditation, the young man spent most of his free time opening, dismantling and putting back together objects at his disposition: radios, projectors, and even the three car models circulating in Tibet at that time, but also, and above everything else, watches.  He’ll later admit not being able to make all the models work again.  We shan’t hold that against him.

More than 60 years later, we see that his profound interest in micro-mechanics and timepieces has developed.  If he wasn’t destined to be a great spiritual and political leader for his people, he would’ve surely made an excellent watchmaker.  As a matter of fact he’s the one that handles the maintenance and repairs of his timepieces. Without the pleasure of knowing him personally, I think it’s safe to say that the Dalai Lama is a man of principle, motivated by kindness, generosity, and humility.  The watches he wears? Two Rolex watches, symbols, for those who know how to look, of performance, simplicity and durability.  And dare I say, of humility.  At this price range, we can easily find something much more flashy, but not more reliable nor more resistant.

So what are these famous watches? We know that the Dalai Lama mainly wears three watches: two Rolex watches the he wears regularly, of which we don’t know the exact origin, as well as a yellow gold Patek Philippe pocket watch, reference 658, offered to him by U.S. President Franklin D. Roosevelt in 1943.  Apparently his Holiness has no less than 15-some watches.  Some are unidentifiable in spite of my research.  Others are quite possibly copies purchased on the Lhassa market long ago, and with which he refined his watchmaking skills.  Since sources vary, we shall content ourselves today with the three pieces that have been officially identified.

This Patek Philippe reference 658, a 15-piece limited edition produced between 1937 and the end of the 1950’s, is nothing less of a perpetual calendar watch with moonphase indicators, paired with a split-seconds chronograph and minute repeater… Excellent choice Mr. President, without a doubt you were a man of taste.  Perhaps a bit too hot to handle for most 7 year-old boys, but not for the small Tenzin who, 60 years later, still manipulates the watch with the utmost of care. Amusing historic detail, the magnificent timepiece wasn’t offered directly by President Roosevelt, who obviously didn’t make the trip out to Lhassa in 1943, but by an OSS delegation (ancestor of the CIA during WWII) made up of two agents: Lieutenant Brooke Dolan and Captain Ilia Andreyevich Tolstoï.  Tolstoï was none other than the grandson of renowned count and Russian writer Lev Nikolayevich Tolstoy, and future U.S. Army Colonel who would lead a few years later, secret missions in China in search of uranium.  If this timepiece doesn’t represent a great moment in history as well as a beautiful story for you, then I’m not sure if we can be friends…

This famous watch was spotted last year on June 14th, when the American Senator Patrick Leahy, after meeting with his Holiness in New York, shared pictures of their encounter on his Twitter account.  The pocket watch with several complications appears to be in mint physical condition.

The Dalai Lama is often seen sporting a yellow gold Rolex DayDate with a lapis lazuli case, carefully placed on his inner left wrist next to his mala prayer beads, most often low-end elastic steel bracelets.  Sacrilegious for certain? He has unknowingly, nonetheless, made it a trademark.

Did someone say bling-bling? No? I didn’t think so.  More like the complete opposite if we know what blue and yellow mean in Tibetan buddhism.  The color blue represents the sky, symbolizing spiritual insight.  As for yellow, it represents the Earth, symbol of the real world and our life experiences in it.  What better choice for a Buddhist spiritual leader than to unite these two colors, like a constant reminder of their strong connection? I personally don’t see any discrepancies here, quite the contrary. 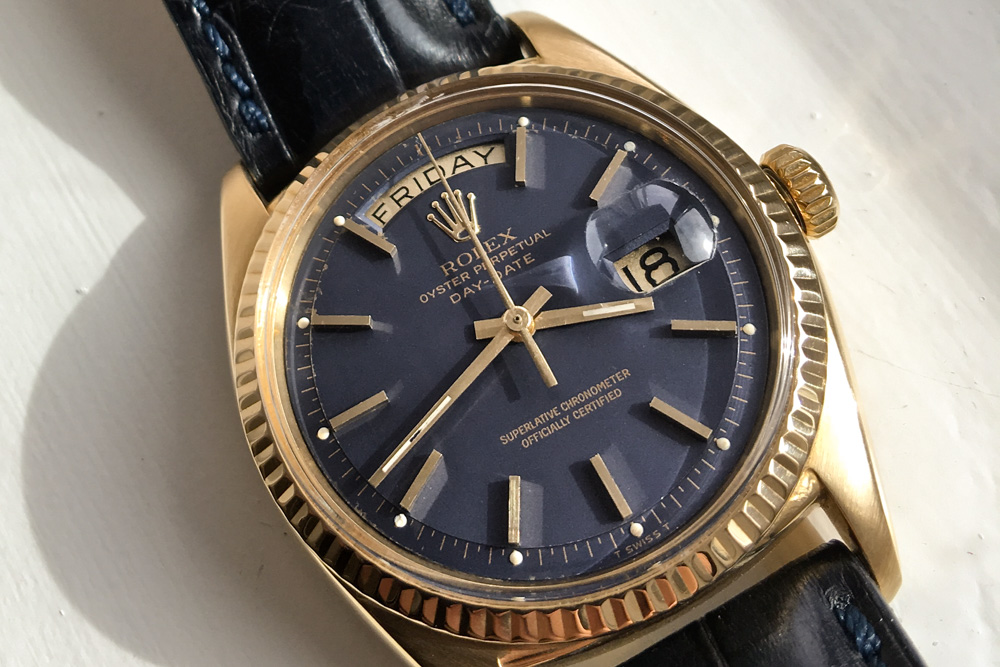 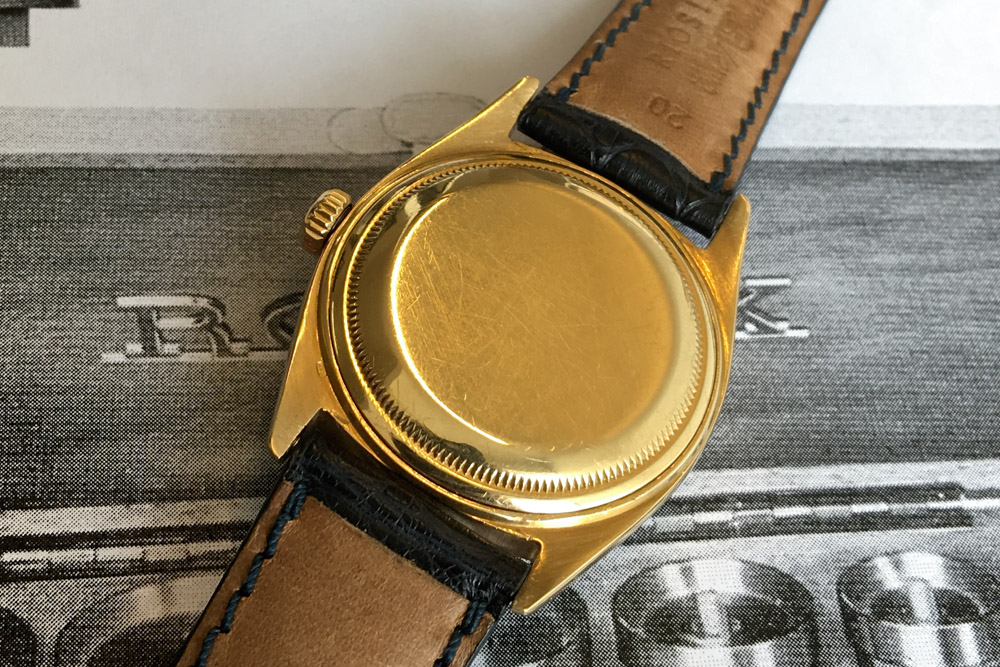 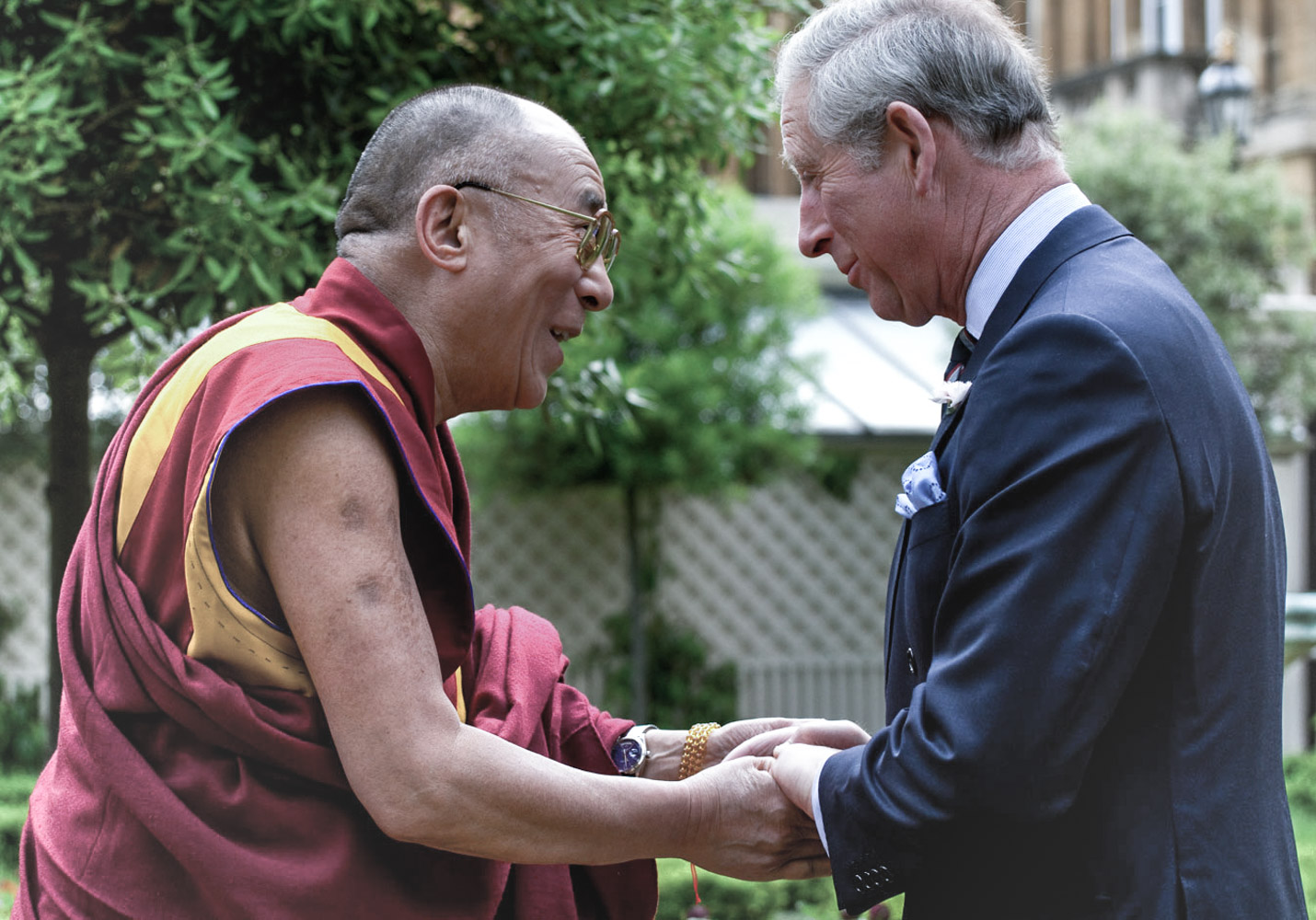 And let us just say to any Catholic who would like to cast the first stone, Pope John-Paul II, another holy man cherished by all, had a Rolex Day Date in gold and steel.  You see, the two are compatible, no worries.

The second watch we know of from the Dalai Lama is equally remarkable, a Datejust in gold and steel that he still wears on an original jubilee bracelet.  This would most rightly cause a ruckus among out-of-the-loop hipsters who’ve just discovered the existence of this legendary bracelet…  Oops, getting off track here, my apologies.

Not knowing exactly where they came from, we know that the two timepieces were offered to him.  By who? I’m not sure.  Whoever you are, business leaders, government or friend, we have here a nice selection of knowledgeable presents and we compliment you.  Bravo, because he wouldn’t have worn a tie with the same pleasure…

Our opinion on the issue?

All this is to remind us, of course, that crowns and humbleness can and do coexist.  When we get over the name, and all the preconceived notions our beloved country so often associates with it, all that remains is a functional object with no frills, extremely well made with a perpetual movement of strong even beating to prolong life.  A healthy mind in a healthy body, if I may say so myself.